A single episode of breath-holding (BH) is known to elevate the blood pressure, and regular breathing exercise lowers the blood pressure. This prompted us to investigate how a series of BH epochs would affect the cardiovascular system. To observe arterial blood pressure (ABP) and heart rate (HR) changes associated with a series of “BH epochs” following maximum inspiration and maximum expiration and find the underlying mechanisms for the change by autonomic activity. Thirty-five healthy young adults were instructed to hold their breath repetitively, for 5 minutes, in two patterns, one following maximum inspiration and other following maximum expiration. ABP and ECG (for Heart Rate Variability) were continuously recorded at rest and during both the maneuvers. Capillary blood gases (BG) were zanalyzed at baseline and at the breakpoint of the last epoch of BH. ABP rose significantly at the breakpoint during both the maneuvers. No change in HR was observed. There was significant fall in PO2 from 94.7 (4.1) mmHg at baseline to 79.1 (9.0) mmHg during inspiratory and 76.90 (12.1) mmHg during expiratory BH. Similarly, SPO2 decreased from 96.3 (1.9) % at baseline to 95.4 (1.5) % and 94.5 (2.7) % during inspiratory and expiratory BH, respectively. Rise in PCO2 from 39.5(3.1) mmHg at baseline to 42.9 (2.7) mmHg and 42.1 (2.8) mmHg during inspiratory and expiratory BH respectively was observed. There was no significant correlation between blood gases and arterial blood pressure. Among HRV parameters, a significant decrease in SDNN, RMSSD, HFnu, total power and SD1/SD2 and the significant increase in LFnu, LF/HF and SD2 were observed during both BH patterns. Rhythmic BH patterns affect the cardiovascular system in similar way as a single episode of BH. Sympathetic overactivity could be the postulated mechanism for the same. 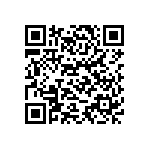