Congenital absence of the vagina with variable uterine development known as Mullerian agenesis or Mayer-Rokitansky-Kuster-Hauser syndrome. Cervicovaginal agenesis in the presence of normal uterus is very rare. Conservative surgery has recently been suggested in patients with congenital cervicovaginal atresia in order to relieve the symptoms and maintain fertility. A 13-year-old female referred to a pelvic floor clinic, because of primary amenorrhea and severe cyclic pelvic pain. Ultrasonography revealed a large amount of blood accumulation in the uterine cavity, and also, the cervicovaginal agenesis was reported. Both ovaries were normal. A neovagina was created by dissection of the space between the bladder and rectum. Under ultrasonography guidance, two Pezzer catheters were inserted between uterine ending and neovagina, so the catheters kept the canal patent, a soft mould was applied to prevent the vaginal stricture. Cervicovaginal agenesis, accompanied by normal functional endometrium, is a rare but challenging Mullerian anomaly in the case of surgical treatment. One of the successful conservative treatment in a fully educated patient is the vaginal reconstruction and uterovaginal anastomosis by stenting and continues the application of vaginal mould. 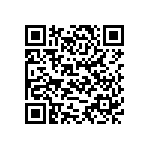